Onboard experts and captain confirmed for Silversea Cruises' newest vessel

By latteluxurynews On Sep 26, 2022
Silver Endeavour

Silversea Cruises has named its line-up of experts for the inaugural voyage of new ship Silver Endeavour℠.

“The world’s most luxurious expedition vessel, Silver Endeavour has broadened Silversea’s polar offering – the most diverse in ultra-luxury expedition cruising – to unlock all-new experiences for guests,” said Combrink. “Marking my 78th journey to the continent, I am excited to accompany our guests as we fly on an exclusive, Silversea-curated, chartered DAP Antarctic Airways flight directly into Antarctica, embarking Silver Endeavour at King George Island, before spending seven days discovering this frozen world.

“Our industry-leading expedition team will design an exceptional line-up of experiences to showcase the very best of the continent’s icy landscapes and captivating wildlife during Silver Endeavour’s inaugural season, while Captain Niklas Peterstam and his crew will ensure an exceptional service throughout – having served aboard the ship since September 2021.”

Captain Niklas Peterstam, who has served aboard Silver Endeavour since September 2021, will welcome guests as the ship’s Master for her inaugural season – together with his Senior Officers and an experienced crew. Strengthening Silversea’s destination leadership, the cruise line’s industry-leading expedition team will enrich the voyage with topical workshops, lectures, and guided tours.

Led by Expedition Leader Marieke Egan, the team will embark the ship ahead of her maiden sailing and will remain on board for the duration of her inaugural Antarctica season. As well as benefitting from the presence of Silversea executive Combrink, guests travelling aboard Silver Endeavour’s inaugural sailing will also enjoy lectures on Ernest Shackleton and the HMS Endeavour from Nicholas Crane, the former President of the Royal Geographical Society. 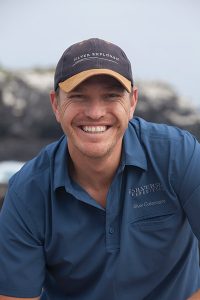 From the moment in which Silversea Cruises became the first ultra-luxury cruise line to offer expedition voyages in 2008, Combrink has been tasked with creating and coordinating many aspects of the cruise line’s expedition program, with the aim of unlocking unique experiences for guests across all seven continents. As SVP of Expeditions, Destination, and Itinerary Management, Conrad leads a multinational and diverse, passionate team that is tasked with creating authentic, unique destination experiences.

His work encompasses an active role in the strategic planning of all Silversea itineraries, program development, community engagement, and regulatory processes. In addition, Combrink oversees the shore experience program in more than 900 destinations, as well as all aspects of turnaround operations. Combrink has an inspiring passion for expedition and cruise travel, which has taken him to over 150 countries, across all seven continents. 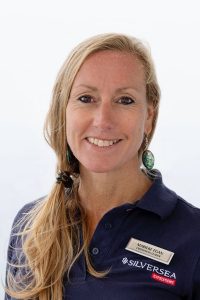 Egan grew up in the Netherlands, but spent a lot of time in the foothills of the Swiss Alps, learning to cross glaciers before she could tie her own shoelaces. Developing her adventurous spirit, she took up speed skating, winning medals in the Dutch National Championships. After completing a degree and career in Psychiatry, she decided to explore the world, feeding her soul with new adventures. She trekked extensively through the Nepal Himalaya and High Andes in South America. Marieke migrated to Tasmania, where she found her calling as a Naturalist, developing and sharing her knowledge and love for pure wilderness. This continued with forays into the Kimberley region of Tropical Australia, leading 4WD tours. Today, she enjoys sharing nature’s best, from the bottom to the top of the world, thriving as an Expedition Leader in the expedition cruise industry – from Antarctica to tropical Seychelles, Indonesian and Pacific Islands to the High Arctic’s Greenland, Svalbard & Russian Far East. 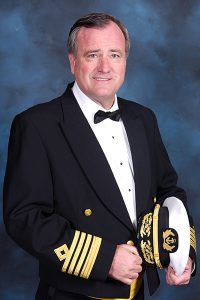 Captain Niklas Peterstam started his maritime career in 1979, moving into expedition cruising in 1991, navigating areas such as Antarctica, the Arctic, and the Russian Far East, among others. After gaining experience at the helm of larger ships in Asia, Captain Peterstam returned to Europe to deliver three mega cruise ships from a shipyard in Germany. Various stints with reputable cruise lines, both ashore and at sea, ensued until 2018, when Captain Peterstam returned to the position of Captain full time. Captain Peterstam has been aboard Silver Endeavour since September 2021, and has already undertaken voyages to Antarctica aboard the ship. 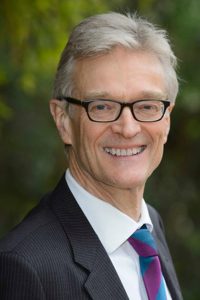 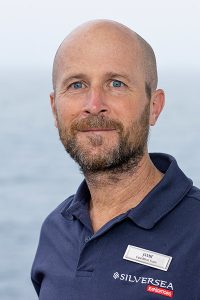 Jamie spends as much time as possible in earth’s most spectacular marine ecosystems. He has written for some of the most renowned diving and geographical magazines, and presents on marine and polar wildlife, global-scale ecology, human ecological footprints and glaciology. He has run successful and well-received marine biology courses and workshops to adults and school groups in London, Egypt and Indonesia. Since overwintering with the British Antarctic Surveyon South Georgia for two years, Jamie has spent 10 southern summers shipboard in the Antarctic Peninsula area. Travelling aboard over 170 expedition voyages, he has spent most of the last decade on expedition ships, logging over 300,000 miles and 2,380 days at sea. A PADI Master Scuba Diver Trainer, Jamie has dived and free-dived all over the world, from under the ice at the North Pole to the Antarctic. 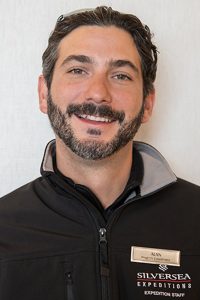 Born in Monterrey, Nuevo Leon, Mexico, Alan was raised in various locations, following his father’s career in the aviation industry. Alan has studied and worked in Acapulco, Los Cabos, Cozumel, Cancun and Puerto Vallarta. He has been always been surrounded by multi-cultural people, exploring the world’s most fascinating cultural spots and enjoying the extreme sports that Mexico has to offer. His hobbies include diving, climbing, skating, skydiving, and competingin chess tournaments. 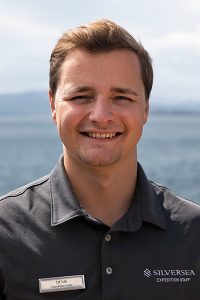 Denis is an award-winning wildlife and nature photographer, filmmaker, editor and expedition guide from Daugavpils, Latvia. In the relentless search for beautiful wild spaces, Denis has travelled the globe, capturing, and documenting the environment in every extreme weather and landscape imaginable. Denis’s travels have taken him to all seven continents, but he has a particular love for the Polar Regions. While living in Britain, he earned degrees in Travel and Tourism, and Photography. Now, Denis spends most of his time at sea, where hee njoys creating imagery that supports conservation initiatives. Denis has a great passion for scuba diving and is a qualified Dive Master. He loves to communicate his passion for nature through photography and filmmaking and is always happy to share his knowledge with guests of any skill level. 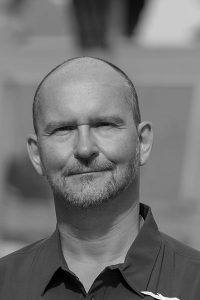 Dmitrii is a historian and linguist from Russia, residing in Cyprus. He is the author of more than 30 publications in Oriental studies, naval and polar history; among them is a book on explorations in Franz Josef Land that entailed six years of research. In 2012, Dmitrii joined an ice-breaking cruise to the North Pole and has since developed into an expedition expert, exploring our planet and sharing knowledge with co-voyagers. Dmitrii likes to spend his free time working on new research papers. 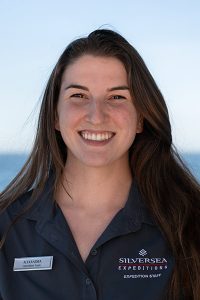 Having grown up in the United States, China and Singapore, Alexandra Hansen has focused her career on sharing her passion for the world’s incredible history, cultures and wild spaces. Alexandra has sailed to all seven continents with Silversea as a member of the expedition team, Lecturer and Zodiac Driver. She enjoys inspiring guests by sharing extraordinary natural and cultural experiences on the ship, Zodiacs and ashore. In addition to English, she also conducts Zodiac tours in Mandarin. Experienced in working in a variety of regions and climates, Alexandra is certified as both a Snorkel Instructor and a Senior Polar Guide. Alexandra graduated from Kenyon College in 2017 with a Bachelor of Arts in International Studies, Asian Studies, and China Area Studies. She furthered her education in Nanjing, China. She is excited to continue exploring the world and learning with Silversea. 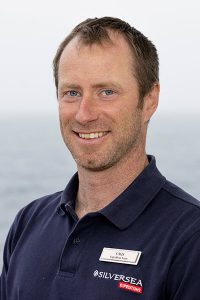 Carl, or Calle, was born in Sweden, but has spent the last 10 years living in the northernmost town in the world, Longyearbyen, Svalbard. There, he undertook studies in Arctic Nature Guiding and has since worked full-time as a nature guide and outdoor teacher. He is a certified sea kayak coach, as well as an instructor in glacier travel and rescue, first aid and avalanche safety. He also works for a Norwegian expedition company, bringing clients to Greenland, Scotland and Croatia. Most of the time, you will see him in a kayak, but he also hosts zodiacs tours, sharing his expertise in nature and history. His excitement for the Polar Regions has taken him to most of the Arctic, as well as Antarctica over six seasons. 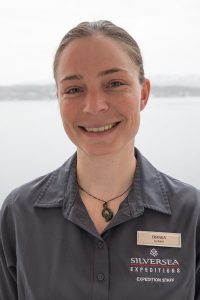 Franka was born and raised in a small town in Thuringia, in the heart of Germany. From a young age, her parents took her on long hiking and camping trips around Europe, sparking her interest in nature and environmental protection. As a result, she studied Geography and started working as a research assistant. After some time, the world came calling and she spent five years on a bicycle, travelling through Europe, Asia and Australia. Captivated by the adventure, she sought an opportunity to help others have similar experiences with nature, leading her to train as an Arctic nature guide, studying on Svalbard, high up in the Arctic. Since 2016, she has lived and worked as a professional guide on Svalbard, giving her guests unforgettable experiences. Franka is an all-around guide that thrives just as well on foot as on a snowmobile or out at sea, on a boat or in a kayak. She spends most of her free time outdoors with her two dogs, enchanted by the colours of nature, the wilderness, and the magical Polar silence.

Kristiyan was born in Bulgaria and was raised in Spain from a very young age. Nowadays, he spends his time between Tahiti and Europe, where he produces ocean photography and videography. His love for the outdoors started at the age of 10, when he and his parents moved to a quiet village by the sea. He spent each day discovering the coast and mountains. He graduated as a sailing yacht captain and journeyed around the world. Kris is captivated by the water, where he feels most connected with nature. This led him to work as a diving guide and photographer. He has undertaken over 200 dives around the world, in the most pristine diving spots. His passion for capturing unique and exciting moments through movies drove him to join Silversea as an expedition filmmaker

Nov 25, 2022
Prev Next 1 of 2,161
Tweets by LATTEluxurynews
Subscribe to the LATTE enews
Enquiries